Apparently, we will believe anything we are told by advertisers.

This isn’t a modern day issue, it’s been around since the first peddler gathered a crown in a town square and stood on a box promoting their ‘amazing remedies’. The only difference between then and now is that today we have a sanity check in the Advertising Standards Authority, to ensure that what we are told is at the very least, Legal, Decent, Honest and Truthful.

So do those rules apply to the Government as well?

Advertising spend in the UK rose by almost £1.5 billion in 2020 against the 2019 total. Tucked neatly within these figures are the eye watering amounts spent by the UK Government on Coronavirus Advertising; getting its core messages across to the public.

From ‘Stay at Home, Protect the NHS, Save Lives’ through to ‘Hands, Face, Space’ and now back to the original message, the Government has spent just under £100 million on its various advertising messages during the past year.

But despite this, confusion still surrounds some of the most basic elements, and understanding amongst the general public seems to be determined more by the mainstream media rather than considered expert advice.

As an example, back in April when firms were looking to reopen their premises, the advice was that all visitors to a site should have their temperature checked. Like many, we complied and as well as spending unhealthy amounts of money on protective screens, we also invested in temperature guns and a protocol for recording every visitors’ temperature.

Yet despite all this, and the ongoing perception that this is still a requirement, that advice seems to have quietly disappeared from Government websites. There’s no mention of taking temperature checks anywhere on the Health and Safety Executive website yet the recommendation still appears frequently on checklists of how to ensure a covid secure work environment.

So which is it? Do we take temperatures or not?

Meanwhile, back at the ASA/CAP codes, the overriding principle that advertising must be Legal, Decent, Honest and Truthful still applies, even to the Government.

“If they are necessary for the assessment of claims, broadcasters must, before the advertisement is broadcast, obtain generally accepted scientific evidence and independent expert advice.”

During the pandemic, as the Government have decided what constitutes ‘generally accepted scientific evidence and independent expert advice’, their advertisements have generally gone unchallenged, as whatever their experts say becomes the accepted advice.

Until recently that is.

Recently, a storm blew up on Twitter, from which we understand that the ASA received a number of complaints about the Government advertisement which depicts a man returning from a shopping trip with ‘green’ all over his hands and a ‘green mist’ emanating from his mouth.

The intention of the advertisement is to depict two of the pillars of the expert advice; namely that we should be washing our hands more frequently and that people with no apparent symptoms are still spreading the virus.

Interestingly, it was the latter point which a number of Twitter users took issue with, as their stated position was that there was no clinical evidence to support the ‘expert’ view that asymptomatic people are spreading the virus.

“…and even people without symptoms are spreading it…”

This was repeated on radio advertising as well and although there is no record on the ASA website of the complaints (I expect these may later become available through a FOI request), due to the streamlined Coronavirus Advert reporting process, it is clear that something has changed. 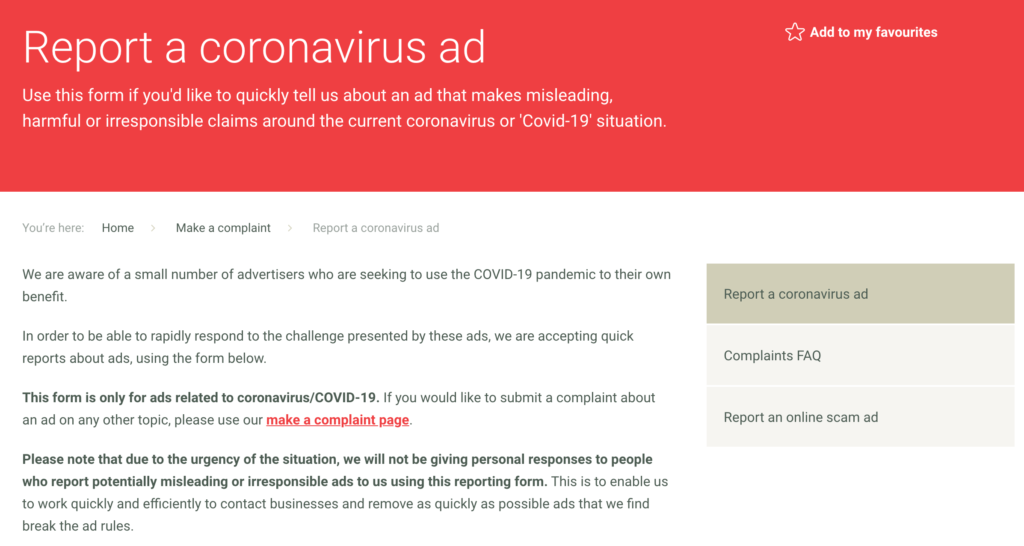 First of all, it moved back from stating that asymptomatic people are spreading it to a position where they could be spreading it.

Now, at the risk of mixing correlation with causation, coincidentally on 19th December a review of as many of the studies done to date, globally, on asymptomatic transmission, by Dr Clare Craig FRCPath and Jonathan Engler MBChB LLB, concluded that

“this paper has been careful only to claim that it is a dangerous assumption to believe that there is persuasive, scientific evidence of asymptomatic transmission.”

They went on to add

As I said, the timing may be coincidental but within days the Government advertising appears to have shifted to a less definitive stance on this particular issue.

And that’s a good thing.

There is no doubt that we need to be vigilant in the face of a disease which causes so much harm to individuals and families. We also need to be informed on the best ways we can help to prevent the spread of this disease.

But this needs to be done within the bounds of fact and evidence. We must be presented with a clear and accurate message and these messages must be supported by evidence, not just opinion.

To do otherwise, would be to open a Pandora’s Box on advertising and hurl us back into the eighteenth century. 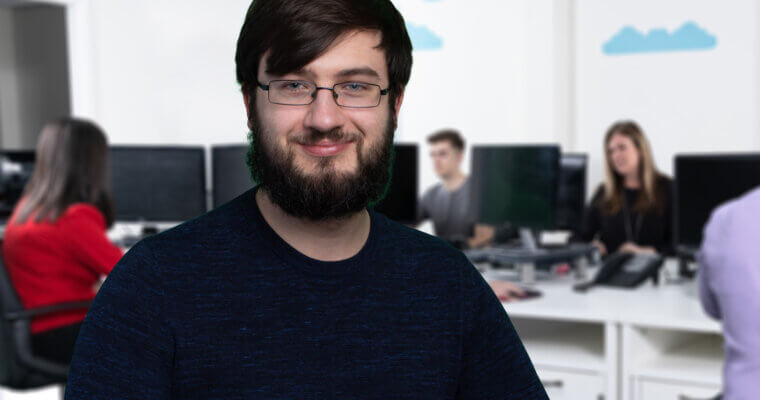 We are delighted to introduce you to Marcus, one of the latest recruits to our rapidly expanding team at Aqueous. Marcus joined us…