After almost 20 months in beta testing, Facebook has quietly launched its new platform that promises to “change the way you work” – Workplace by Facebook. Facebook are making bold claims that this new environment will “connect everyone in your company and turn ideas into action.”

Features that colleagues can tap into include group discussion, a personalised News Feed (separate to a personal Facebook account), voice and video calling, sharing and chatting. 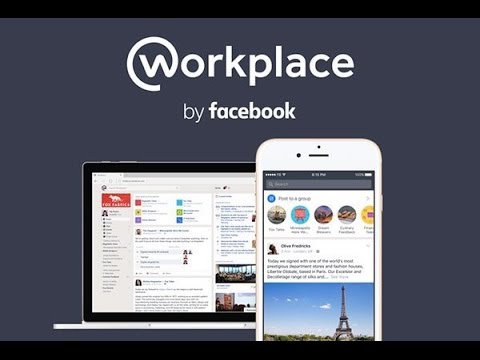 Change the way you work

Here at Aqueous, we are not convinced it’s that straightforward however.

Transferring a largely social platform into a corporate space comes with one obvious drawback. Isn’t Facebook the antithesis to work?

Most organisations routinely block Facebook, rightly or wrongly. And we want to know if your IT/HR department will understand that Facebook can offer something valuable for companies, beyond its ability to share pictures of newborns and broadcast Mannequin videos? Furthermore, are Facebook diluting their core offering of facilitating social interactions?

It would seem that some of the larger companies out there are less sceptical, with the likes Starbucks, Royal Bank of Scotland and Booking.com already on board. Furthermore, they join 1,000 other companies that are currently testing it too. It will be interesting to hear their experiences.

Having worked in large organisations with clunky internal communications, unfriendly intranets and silo cultures, the need for a tool that can offer greater internal collaboration is certainly clear.

So who are Facebook up against in this space?

Well there’s the business networking God that is LinkedIn, the CRM giant in SalesForce, and the serious collaboration contenders Slack and Yammer. None of them are currently dominating. Is Facebook the one to fill this gap? And can they conquer this space successfully? Can they truly offer an experience that “changes the way you work”?

There’s no doubting the power and resources of Facebook, and based on the company’s colossal expertise in networking, their immense 1.8bn user-base and their vast understanding of the user experience, they’re better set than most. In fact, let’s face it, they’ve changed the way we socialise, so perhaps their claim to be able to “change the way [we] work” might not be too far from the truth.