Why Facebook is missing out on our clients advertising spend

Articles > Why Facebook is missing out on our clients advertising spend

Over the weekend I spotted an article in the Telegraph which suggested that small businesses in the UK simply don’t need to have a website any more as Facebook are promoting their new offering, which is a Facebook page. To give it credit the article was sub headed “Facebook is no substitute for a fully-fledged website, but for many it’s more than good enough“ 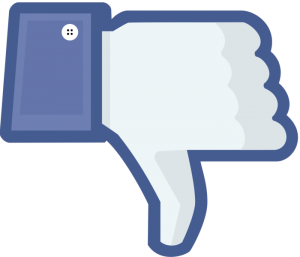 In it the author reported, rather than argued, that Facebook’s not so new offering, allowing businesses to ‘promote’ a post, would sidestep the necessity for having a proper company website.

Frankly, this is errant nonsense and was nothing more than a big advertisement for Facebook. You see there is a problem with this and the main problem is that Facebook have missed the point. They want to leverage the clear advantage they have gained by offering small businesses a free page on their platform, but frankly that’s never going to be enough.

You see they have forgotten the ‘social’ bit and are concentrating on the ‘media’ bit.

People use social media to be ‘social’ and most people I know find the advertising intrusive and unwelcome. Add to that the fact that they have started to choke off the views that businesses get to their ordinary posts and updates, so only a fraction of your followers see them and their proposition is a busted flush.

One of our team is in a band and they have over 3000 active followers on their Facebook page. Two years ago they could be certain that around 90% of their followers would see anything they posted on their timeline. Their last post, sent this weekend, was seen by just 48 people.

Facebook have started to deliberately ‘choke’ off the number of views a post or update can have. In fact if you dive ever so deep into their terms and conditions you will find that they tell you that over time they will be reducing the numbers of followers they show your posts to . The reason is simple, they now want to charge you for the privilege of communicating with your followers.

When you change your business model, as Facebook have been forced to do, to focus on monetising everything that moves, you move from being the number one social media channel to just another advertising channel. You are now competing with a huge number of established platforms, not least of which is Google, along with every other media publisher in the country. And frankly at that point, it all falls down.

Facebook needs content to be the number one social channel, but are now choking that content at source. The more I create for my business the less you show it to my followers. Unless I pay. Well frankly if I’m going to pay I’d choose a channel where people are looking to buy, not just hang out and be social.