How Google changes could kill your PPC

Articles > How Google changes could kill your PPC

You may have noticed Google’s new Search Engine Results Page layout, which went live across the UK on 4th March 2014, which clearly separates the organic search results from the paid listings with a new ‘Ad’ icon.

This update, although seemingly harmless has actually had an impact on PPC campaigns, with advertisements for some keywords no longer appearing alongside the organic listings on the right hand site, but rather only 2 or 3 ads at the top and 1 ad at the bottom – similar to what has been in place on mobile for a while.

This lower page location for ads at position 3-4 will mean a substantially lower click through rate, as we already know that people rarely venture beyond the top few results. We have instantly noticed a negative impact on one of our clients, who’s 2 competitors take positions 1 and 2 at the top of the page, pushing his ad to the very bottom of the page in position 3. 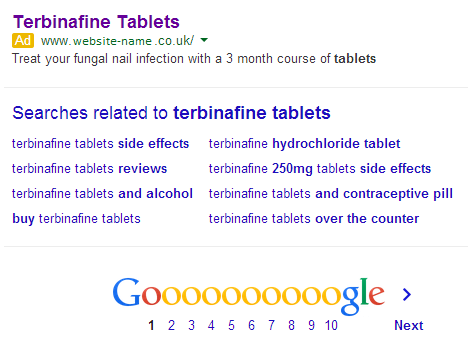 This has seen their click through drop substantially from around 4% to below 1%.

Not only can we see that Amazon clearly need to do something about their ad placements, as swallowing one of their tablets might actually be harmful, but also this fundamentally changes the game for PPC.

Whilst we expect that there will be teething troubles with this new system, and in fact we have already seen today examples of where Google is pulling in Latin filler text on its ad network, it is clear that to be successful requires significantly greater focus on your PPC campaign than before.

As Google currently derives over 85% of its global revenues from its ad network, they will be looking to ensure not only that it is robust but also that it delivers additional and incremental revenues from this change.

Essentially this means that ad positions will now be more important than ever, with the top 2-3 places receiving a hefty chunk of the clicks through and lower positions suffering huge drop offs due to the lower placement on the page. Of course this means people will be bidding more aggressively to achieve these higher positions, which in turn means higher cost per clicks and ultimately more profit for Google!