Government Coronavirus advertising is pushing the boundaries of honesty

As I reported last week, the Government has now spent in excess of £100 million on advertising since the start of the Coronavirus crisis last March and the spending continues unabated into 2021.

Recently, we have seen a slew of new advertising, more and more of which are targeted at trying to convince people that everyone; your friend, your family member, and your neighbour, is a dangerous disease vector.

The latest messaging insists that “Around 1 in 3 people have no Covid-19 symptoms and are spreading it without knowing it”, despite there being any hard scientific evidence to back this very specific claim up. It seems that the instruction has been sent to the communications team to harden up the messaging.

This itself is based on the output of the SAGE meeting of March 22nd, 2020 which stated: “The perceived level of personal threat needs to be increased among those who are complacent” by “using hard hitting emotional messaging”.

‘Hard hitting emotional messaging’ is fine, and something advertisers have used to great success in the past. But one of the consistent features has been that it has always been within the law. It has always been ‘Legal, Decent, Honest and Truthful’.

Currently, it seems that the Government isn’t concerned with niceties like this.

On January 20th they took out a full page advertisement in the ‘i’ newspaper which included the ‘one in three’ claim noted above. This has come to the attention of CAP/ASA who are, as I write, looking into this claim. 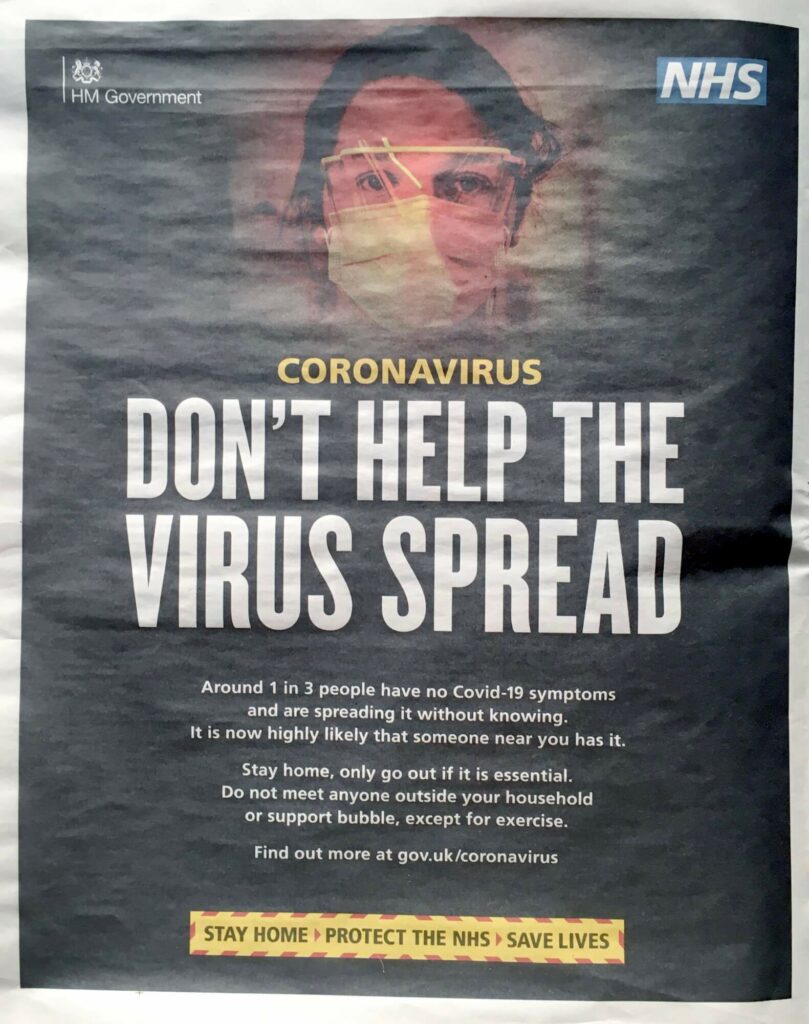 And it’s not the first advert to suffer like this.

On 21st January, The Telegraph reported that another advert had been discontinued under the headline “Government to discontinue Covid ad, accusing joggers or those exercising of being ‘highly likely’ to have the virus”

“A Government advert that says joggers and dog-walkers are “highly likely” to have Covid is to be discontinued after the regulator said there was no evidence to support the claim.

The Telegraph can reveal that the Cabinet Office has also agreed not to repeat the claim made in the 30-second radio ad – which also warns that “people will die” if individuals “bend the rules” – after being contacted by the Advertising Standards Authority (ASA).

The taxpayer-funded advert was condemned by MPs and public health experts for spreading “false information” and risking “scaring” people into physical inactivity during the third national lockdown.

The actual advertisement contained a number of statements currently unsupported by scientific evidence, and in full it said;

“Someone jogging, walking their dog or working out in the park is highly likely to have Covid-19. This is a national health emergency. Around one in three people have no symptoms and are spreading it without knowing. So exercise locally. If you’re on your own, you can meet one other person. But keep your distance. Exercise, don’t socialise. And wash your hands the moment you get home. Stop the spread. Stick to the rules. If you bend the rules, people will die. Stay home, protect the NHS, save lives.”

Key within this are three clear messages that lie at the heart of this issue;

“Someone jogging, walking their dog or working out in the park is highly likely to have Covid-19”

“If you bend the rules, people will die”

All of these are presented as statements of fact, and in advertising, you know full well not to do that unless you can prove what you are claiming. Otherwise, what is to stop us from saying that it’s a fact that Aqueous Digital is the best and most professional SEO firm in the entire UK? Or that Coke is definitely better than Pepsi? Or that CBD Oil will help cure cancer?

Allowing these advertisements to go unchallenged places us at the top of a very slippery slope.

As I write this, the ASA is also assessing complaints about a similar ad about supermarket trolleys, as well as a poster about takeaway coffee headlined “Don’t Let a Coffee Cost Lives”.

The Government of the day should be setting the standards, not looking for ways to bend the rules. In doing so, they are sending entirely the wrong message.

For them to state that “If you bend the rules, people will die” and to then, themselves, bend the rules, seems incongruous. Is it any wonder their messaging is failing to cut through to the public, if the claims they make are seen to be beyond the bounds of credulity?

Even the latest ‘Look him/her in the eyes’ campaign was being countered within hours of first being broadcast by an increasingly sceptical public. 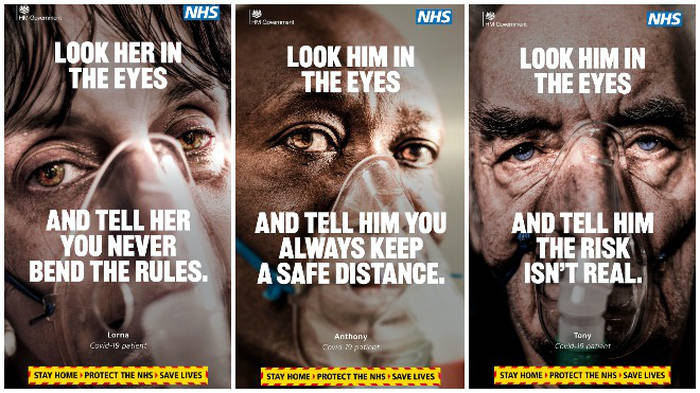 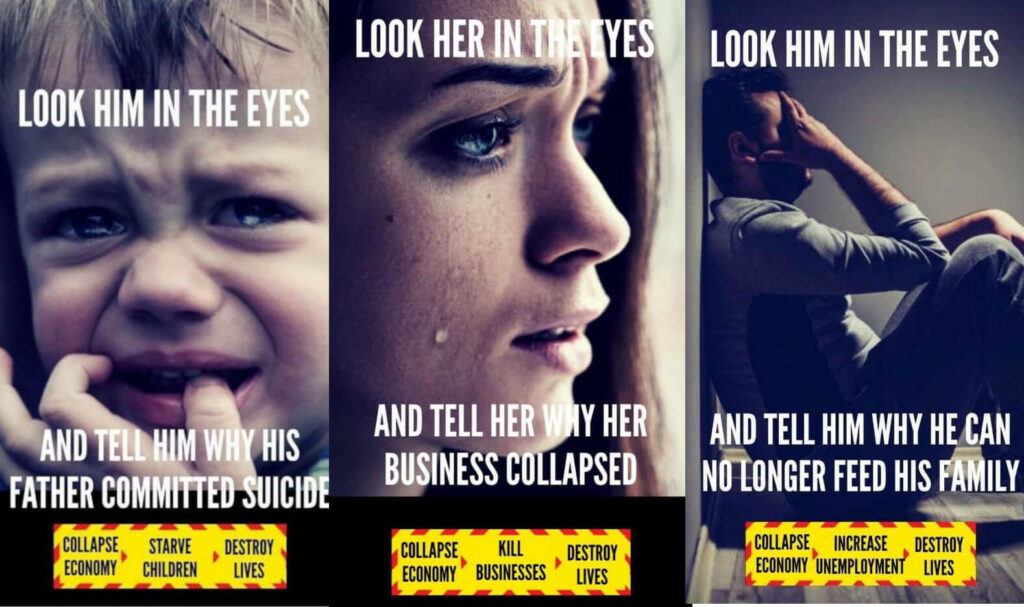 Let’s be clear, there is no doubt that we have just been through almost a year of a pandemic, which has changed forever, the face of life in the UK, and across the globe. Things we took for granted, such as freedom of movement and personal liberty, are now just a pipe dream for many. Battle lines are drawn between those supporting lockdown and those questioning its merits.

The threat to life was, and is, still real, and no matter where you sit on the debate, we all need to do our bit to ensure that the most vulnerable in society are looked after equally as well as the fine and healthy. That’s what our county and democracy have been built upon.

But we’ve also built it on truth.

Truth is endemic in everything we do, and from truth, comes trust. When lies start, trust decays and we need the law and the regulators to protect us from the most egregious deceptions.

The Government is supposed to set the standards. It’s supposed to be the benchmark to which we all hold ourselves.

Perhaps now is the time for the ASA to hold them to account for this? 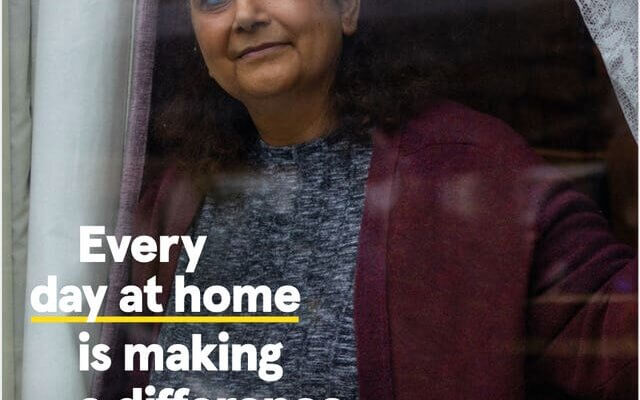 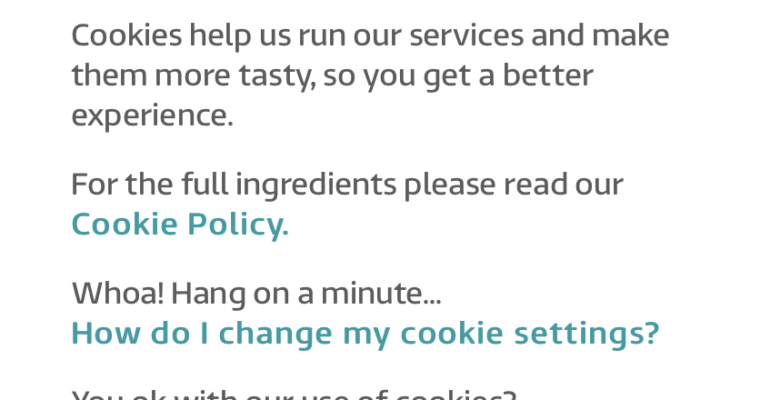 When is a choice not a choice? When it’s a cookies pop up.

This website uses cookies so that we can provide you with the best user experience possible. Cookie information is stored in your browser and performs functions such as recognising you when you return to our website and helping our team to understand which sections of the website you find most interesting and useful. You can read more in our Cookies Policy.