It’s been a while.

The last Google Penguin update was officially in October 2016 and since Google folded the Penguin updates into their main algorithm in 2017 we’ve heard virtually nothing about it. Google’s view is very much that this is now ‘business as usual’ and we shouldn’t make a fuss about it.

The problem is that Google still uses links to rank a website. Almost every study you read says the same thing: that links are the number one ranking factor. Here are just two examples from Moz and Search Engine Land.

So, whichever way you look at it, to have a successful website you really do need some links.

But we’ve been saying for quite some time that the issue with link building is that Google is playing ‘whack a mole’. No sooner do they clamp down on link networks something else takes their place. In this case, once the easy link networks were closed down it became content creation and distribution on PBN’s.

PBN’s, or Private Blog Networks, became a quick and easy route to link building and in theory, it wasn’t black hat, only grey hat at best. All you had to do was find a website which was broadly in your niche and ‘reach out’ to see if they would let you place a piece of content on there with a backlink back to your website. The problem was that a lot of these seemingly independent websites were nothing of the sort.

If you want to know why PBN’s are a problem, just read some of the articles written about them.

We’ve consistently told our customers not to use PBN’s because, in our opinion, Google would sooner or later start to clamp down on them.

Why? Because Google is clear about what you should do if you want to gain links. And PBN’s are not it.

Today, if you follow the links from Google Search Console you will find they have some lovely clear advice for Webmasters which looks like this; 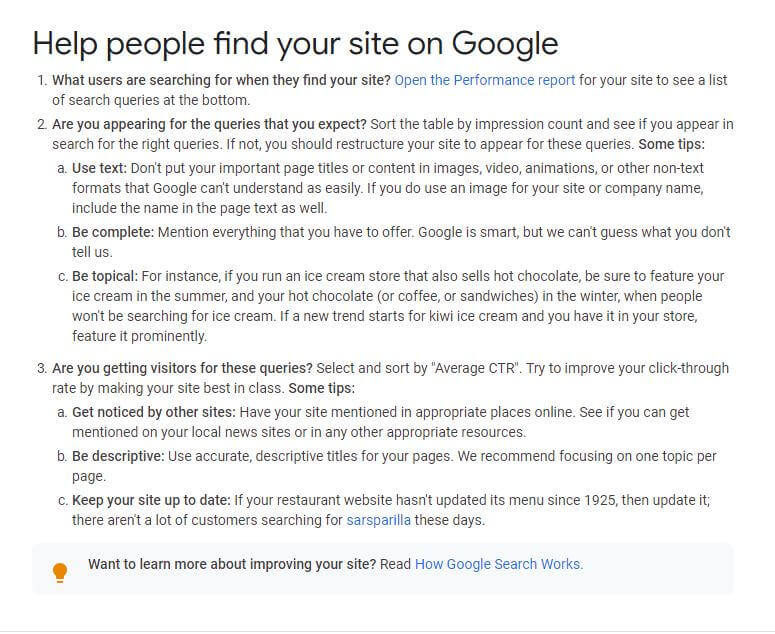 We were particularly impressed with 3b, which mirrors one of our own rules “One page, one keyword or topic” but other than that the focus should be point 3a. Google says;

Get noticed by other sites: Have your site mentioned in appropriate places online. See if you can get mentioned on your local news sites or in any other appropriate resources.

This is crucial. It doesn’t say build links it says “have your site mentioned in the appropriate places online” and then encourages you to get mentioned on your local news site.

Of course, this misses the fact that since Google penalised most of the news sites in the UK for the Interflora debacle back in 2013 by reducing their Page Rank (this was important at the time!) then getting a link from a local paper is nigh on impossible.

But maybe that’s the point. Maybe the links are now irrelevant?

We all know that Google now uses Rank Brain on a large part of the algorithm, so what if it’s finally got the measure of co-citation and co-occurrence to the point that it can establish the relevance of a website just by being mentioned ‘on page’ on an authoritative third party website?

If so, then link building as we know it is dead.

And all those who have invested in PBN’s will find that they have wasted their money as Authority becomes the biggest ranking signal of them all.

So, although the recent Google updates don’t mention links or PBN’s, from the evidence we’ve seen we are convinced that these are now under attack.

If you want to pursue a true ‘white hat’ policy with your SEO then talk to us.  We’ve been here over seven years now, which should tell you a thing or two about the sustainability of our strategies.